Please tell us what you think!

” Robyn, your blog is so fun! I like that there’s a theme of the Thoroughbroads but that it is not overkill. Very Cool!”   Jane from Alabama

” Scarlett, you make me want to meet Madlyn! She sounds like so much fun. I felt like I was at the table with you guys during the Halloween meal. I really like the way you paint a picture and make me seem to be sitting right there with you. And cool recipes.”   Paul from Kentucky

“This is a blog you want to step inside (and EAT)!”   Amanda from Alabama

“Scarlett, I want to see more pictures of you and Robyn and the other Broads. I really enjoy the way you tie an experience in with the recipes and historical photos. I want to know you gals better. Great job.”   Colonel from Kentucky

“I Bookmarked It!”   a classmate from West Virginia

“I really like the way you blend the stories with the recipes. I suspect that Scarlett and Robyn are not the real names and one of them is named _____? I’m not much of a cookbook fan, though–I look up recipes on the Internet rather than in books, and when I read stories I prefer to just read the stories. That’s probably typical of a man. Although I’m not a typical man. Typical men don’t read and don’t cook, right? I admire your creativity!”   Warren a non fundamentalist

“I need to try the chocolate cake recipe!”   Alice from Alabama

“How much fun is all of this? So many nice touches & fun narrative.”   Marlyn from Florida

“Robyn, I am about to head to bed but I wanted to let you know I have started reading the Foodie Friday Friends blog. I love it! I started at the last post and read backwards. I read the post First Meeting for the book. Oh my, I’m ready for a road trip. Now off to bed and dreams of amazing recipes and meals shared with friends!”   Connie from Alabama

To give you some context to compare Derby in the ’80’s to Derby 2019, take note. Robyn & Scarlett and most of the Thoroughbroads were in their 30’s and 40’s in the ‘80’s. It was pre-cable TV ( you still had only a few stations and MTV had just been invented). Dallas was the most popular TV show and the question of the decade was… Who Shot J.R.? M.A.S.H. ended its longtime run with 123 million viewers watching at parties or the ONE small TV in a bar. And, a sports network (ESPN) became more and more popular as interest in watching sports at home became available. The hand held video camera and the remote control were the rage in this decade… the Kentucky Derby on television was just starting to hit its stride. With that background for a comparison, it is amazing how much the Derby of the 1980’s is a fading memory.

On a recent trip to Kentucky (the week before Derby 2019), Robyn enjoyed looking at the local Louisville magazines all show casing what to wear to this great event, how to travel to it, what you could eat and drink at all of the preliminary parties & events over the Derby Festival Days along with the actual Run for the Roses. It was almost like the Derby she remembered was held on another planet.

The events have all grown in size and splender. The fashion targets the same 30-40 age bracket, but the styles have become much more “in your face”. Gone is the classic, conservative, genteel look replaced with brighter colors in multiple patterns and bigger bolder creative hats on both men and women. You travel now by big stretch SUV’s and so called celebrities have taken the spotlight instead of the trainers, jockeys and horses. It has become KENTUCKYWOOD! Said best when Robyn noted that everyone seems to be in a costume.

Of course some things have stayed the same or at least recognizable. The mint julep is still the drink of choice, but beer and the “Lily for the Filly” – a more fruity cocktail, are available for those who do not abide Bourbon. The food has highly improved with Louisville becoming a Foodie destination now and the Downs itself is even more beautiful with ease of access to it and within it…those improvements are very well received by all. The Downs is just plain beautiful now. Thurby (the Thursday before Derby) and the Oaks on Friday are where you will see the locals. Much less crowded and the last couple of years has had the best weather. You can actually see a horse up close on those days!

If you get a chance to come to Kentucky the week of Derby or during the pre-week’s activities you should do so. It is definitely a Bucket List item. It gets bigger every year, but the sentiment, pageantry and fun still exist…it has changed to meet the age bracket that works to live instead of lives to work. Who knows what it will be like when the children of these young people are old enough to attend. If we are still around, I bet it will be awesome/epic or hip/cool.

The Official Drink of the Kentucky Oaks

Preparation: Once the ingredients are mixed, place the pinkish cocktail in an Official Oaks Lily® glass (stemless wine glass) with crushed ice, add a straw and garnish with a blackberry and lemon wedge.

These are delicious ALL Spring & Summer!

Cool Men’s attire by Vineyard Vines a major sponsor of the Derby.

And take a look at the fashions for 2019 and the hats…colorful and bright. 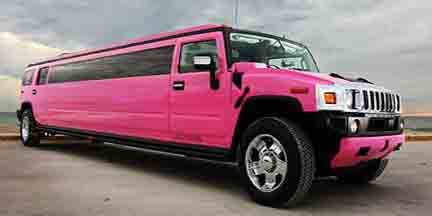 And, the bigger the brighter the better for arriving at Churchill Downs in 2019.